A demo iView published by: IDC
Sponsored by:

Back to blog
Content Marketing
Posted by Kathleen Schaub

The foundation of today’s sales and marketing funnel is built on the Internet and other digital channels, which poses challenges for all of us, especially B2B brands. Let’s take a closer look at how the shape of the traditional funnel is impacted by the forces of digital disruption.

First, the Internet’s power to reach prospects means that the top of the funnel is wider than it’s ever been. However, we still don’t know much about our buyers. Using digital tools, we can glean more information than before, but we still must cast a wide net, as in the 1970s. So, companies find themselves filling up the funnel’s top with enormous numbers of prospects who come in via email, events, or web forms.

Many of the prospects from this vast pool of potential buyers are inappropriate for a variety of reasons, and must be filtered out. This filtering out of prospects is what causes the funnel to go from very wide to very narrow. It’s an extremely wasteful process for marketing that casts doubt about what marketing is doing and the associated ROI.

A second issue with the funnel is that it is unidirectional, so the action only goes one way. Marketers try to get leads down the funnel and out to sales — or out the garbage chute. However, in this process of handing off a marketing-qualified lead (MQL) to sales, there’s a chokepoint where the marketing silo collides with the sales silo. Very little information about that lead is exchanged as result because no matter how much effort is put into alignment, marketing and sales are still bickering. And marketing usually loses that argument.

Now, we get to the funnel’s desperately, frustratingly narrow bottom. This narrowness occurs in part because most of the contacts entered at the top are thrown out along the way by either marketing or sales. The funnel today is a waste for marketing, and it’s frustrating and mostly useless for sales.

The buyer also hates the funnel and that feeling is only getting worse. Here’s a frightening piece of data from IDC’s 2017 IT Buyers Experience study. We asked technology buyers: How willing are you to switch vendors, even if the product is fine, if you don’t like the vendor’s marketing and sales approach? We segmented the responses by age and discovered that 66% of millennials are willing to switch, part of a trend that has accelerated through the generations.

Here’s what buyers told us they hate about the current funnel: The wide-top approach means they must endure extensive outreach from companies touting irrelevant offers. Let’s face it: How many of you are excited to see another unwanted marketing email clogging up your inbox? Part of the problem is that marketers are mostly concerned with filtering and making sure that they have the right leads. They’re not that concerned about helping buyers buy. Consequently, buyers must do most of the “heavy lifting” during the buying process. And most aren’t happy about that situation. In our 2017 study we interviewed millennial buyers, and you should hear them complain. If customers are unhappy, that’s an existential threat to your business.

Digital disruption makes any company that was set up for success in the 20th century at risk for failure in the 21st century, which is one of the key drivers toward the digital transformation of business. Achieving successful transformation is critical because digital disruption is changing just about everything in business.  So why should the traditional sales and marketing funnel be any different?

The funnel is an artifact of the 20th century, created for a world where there was less information and where buyers and sellers knew very little about each other. We predict that within the next few years, one in five marketers is going to abandon that traditional funnel for new approaches that work better. In the process, they’re going to blow up that old funnel.

We are about to see a paradigm shift that will shape what the funnel looks like in the future. Change can’t come too soon: Customers are becoming irate, and we don’t even know what we don’t know. The good news is that it’s possible to break out of the constraints imposed by the traditional view of the funnel.

You have the ability to ask new questions and beat that system. Hopefully, some of you are already starting this journey. Companies have to earn back the right to sell. Let start by throwing away the 20th playbook, blowing up the funnel, and looking for new ways of engaging with customers.

For more information, check out part 1: How the Sales and Marketing Funnel Got Its Shape 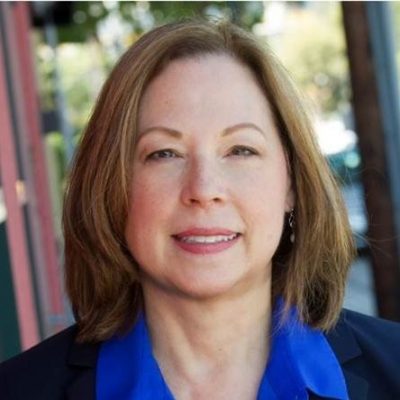 Kathleen joined IDC in 2011. Previously, she held executive roles at leading technology companies, notably Sybase, where she was Vice President of Marketing Operations and earlier led product marketing. Kathleen also held executive positions at Cadence Design Systems, and she served as Chief Marketing Officer for ComputerLand, a large technology reseller. She serves on the advisory board of MOCCA, the marketing operations professional organization.

More from the blog